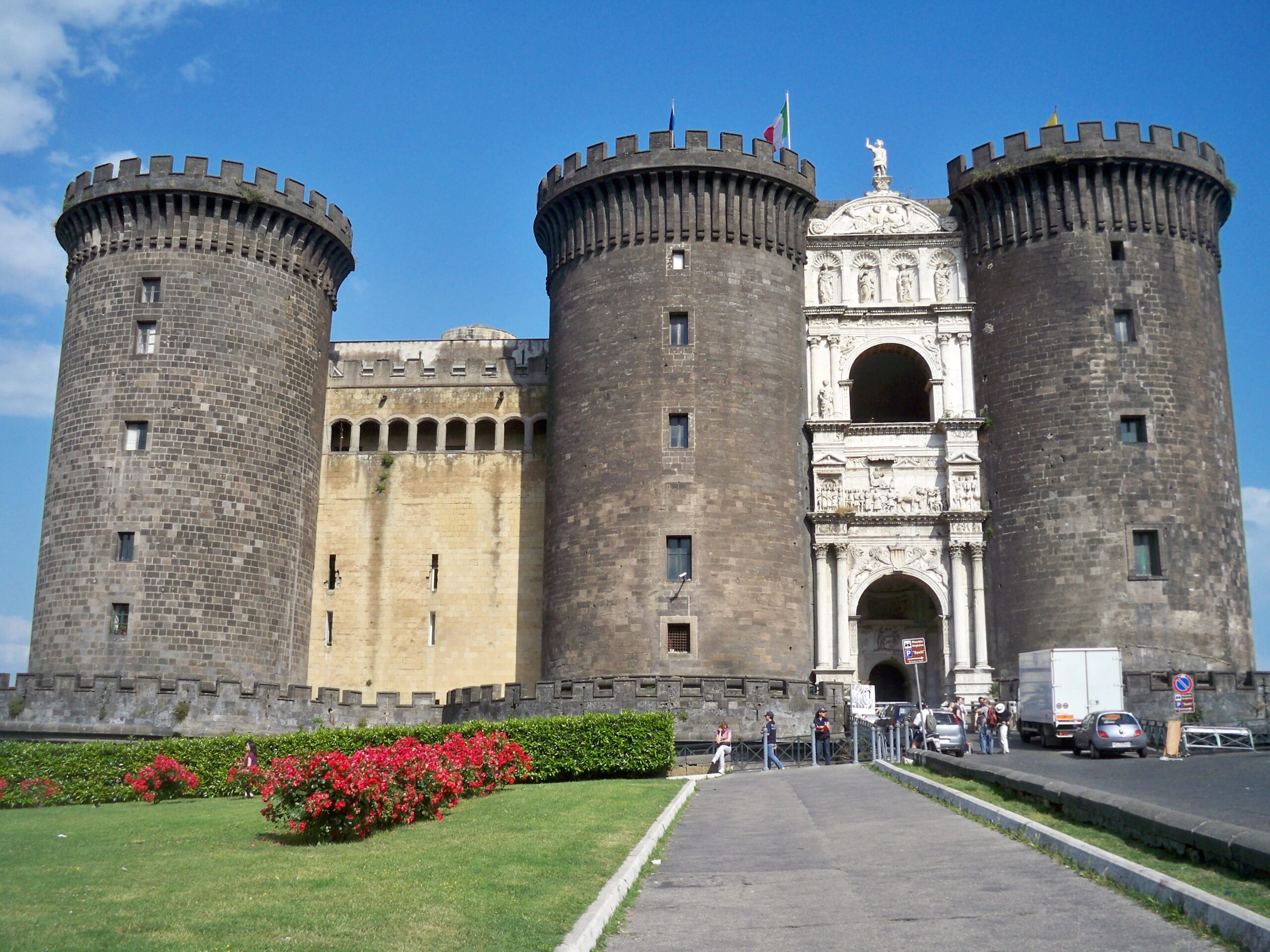 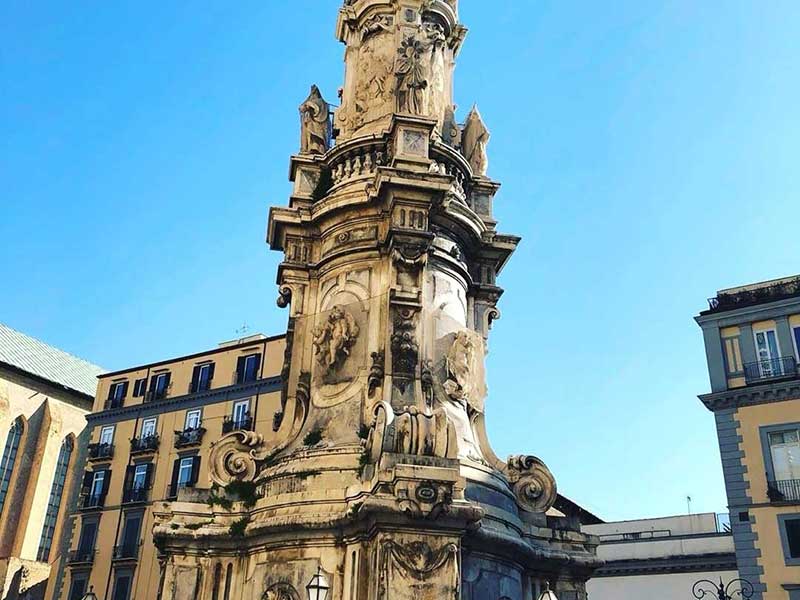 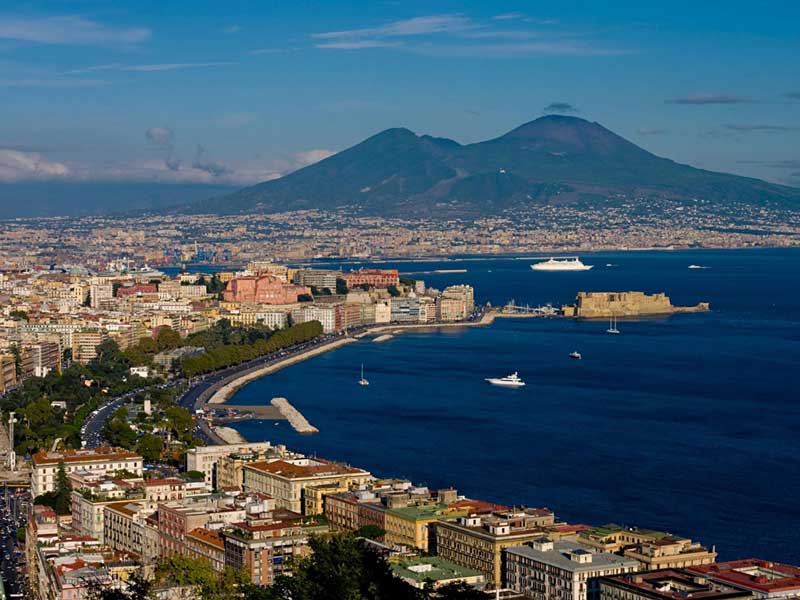 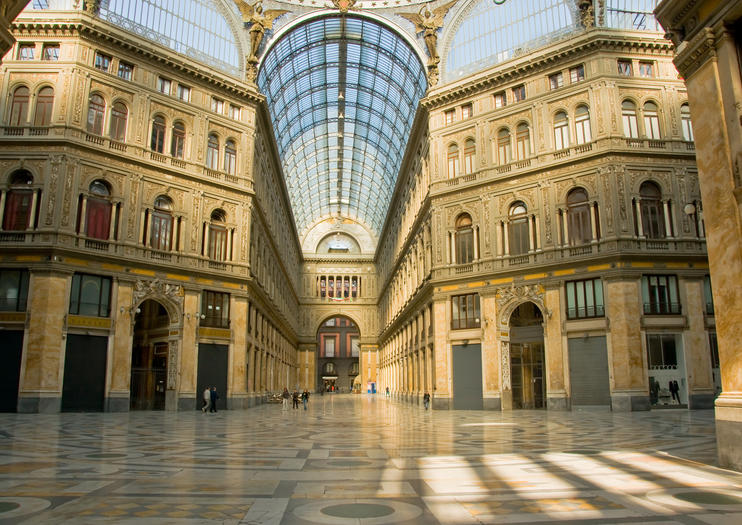 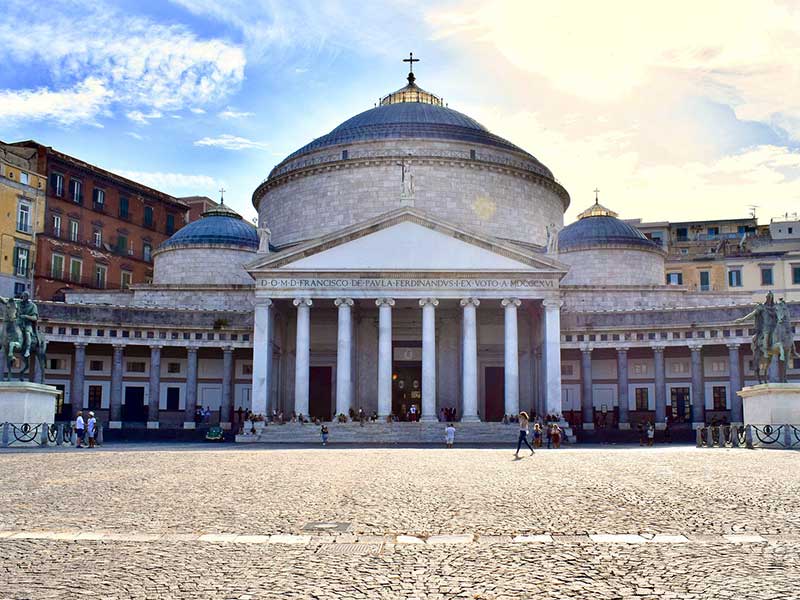 Take the chance to visit the third-largest city in Italy and one of the oldest, most delicious and most artistic ones. Choose our tour to Naples city centre.
The alleys of Naples are a network of hundreds of alleys to discover. Immerse yourself in the narrow streets, get confused with the locals, discover the alleys and the many views they offer, see the interiors of the palaces, enter the typical shops, enjoy a pizza and the countless delicacies of street food that Neapolitan cuisine offers.
Walking through Via Costantinopoli and Piazza Bellini you can admire the elegance of the street, its palaces and the square that connect the historic center to the National Archaeological Museum.
Underground Naples is an unmissable stop; a suggestive journey underground in Naples to discover the Greco-Roman remains later used also as a refuge to shelter from the bombings during the Second World War and still testifies the life of those moments with objects, memories and graffiti.
The historic center of Naples is characterized by the three decumani, that is the ancient streets of Naples, dating back to the end of the 6th century b.C.

Decuman Major
Also known as Via dei Tribunali, it is one of the most famous and characteristic streets of Naples where there are churches and palaces, pizzerias and trattorias, shops and old-fashioned mini-markets.
Here you will find the Cathedral of Naples, a wonderful cathedral of the 1200s that includes inside: the Basilica of Santa Restituta, the Baptistery of San Giovanni in Fonte, the Chapel and the Treasure Museum of San Gennaro, the saint patron of the city, with masterpieces of goldsmiths of inestimable value. The Cathedral of Naples every year, on September 19, December 16 and the first Sunday of May, welcomes hundreds of citizens who witness the miracle of the liquefaction of the blood of San Gennaro.

Lower Decuman
It is the longest of the three decumani also called “Spaccanapoli” because from above it seems to split the city in two. Here is the San Severo Chapel, which houses the “Veiled Christ” by Giuseppe Sanmartino, one of the most visited sculptures in the world, exceptional for its realism.
Piazza del Gesù is one of the main squares from which to start the visit of the historic center, here is the Spire of the Immaculate Conception and the beautiful and particular Baroque Church with diamond-tipped ashlar cladding.
Beautiful and particular for its austerity, the eighteenth-century church of Santa Chiara shows masterpieces by Giotto and Tino da Camaino. The complex houses a wonderful majolica cloister, a Neapolitan nativity scene from the 1700s, an archaeological area, the Opera Museum and a marble decoration section.
Piazza San Domenico Maggiore is one of the liveliest squares in the historic center with the Spire of San Domenico and its 19th-century church full of extraordinary works in the center, including the High Altar of Cosimo Fanzago and the Chapel of the Treasury.

Upper Decuman
It is the least frequented of the three decumani, it housed the most famous theaters of Neapolis, of which traces remain in the curvilinear form of the palaces and in some subsequent finds.
Here are the remains of the ancient Roman Theater which is accessed through a trapdoor in an house. Discovered only from a few years, it was the glory of the old Neapolis, where the civic life of the city took place as in the nearby and disappeared Odeion theater.
Very interesting the Museum MA. D.RE, of contemporary art with temporary and permanent exhibitions on the arts from the post-war period until today, in a wide, bright and welcoming setting.