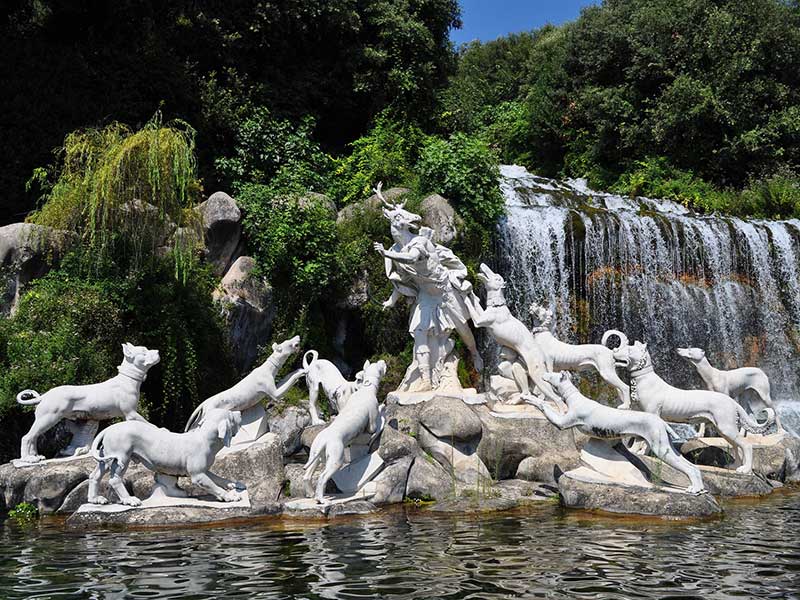 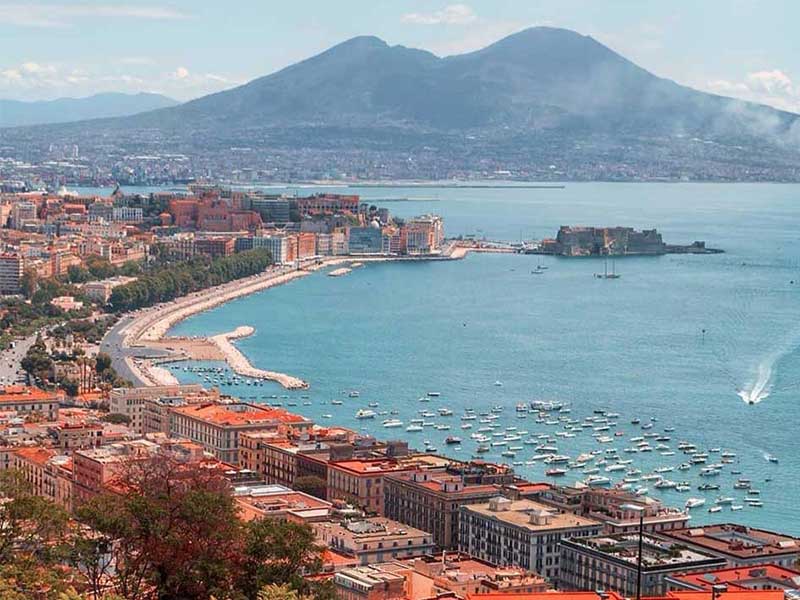 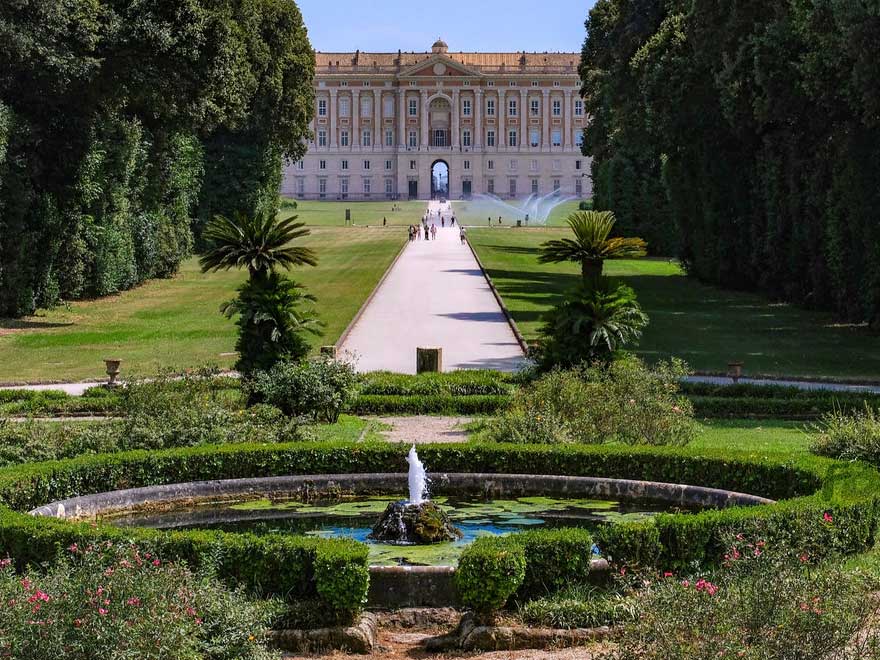 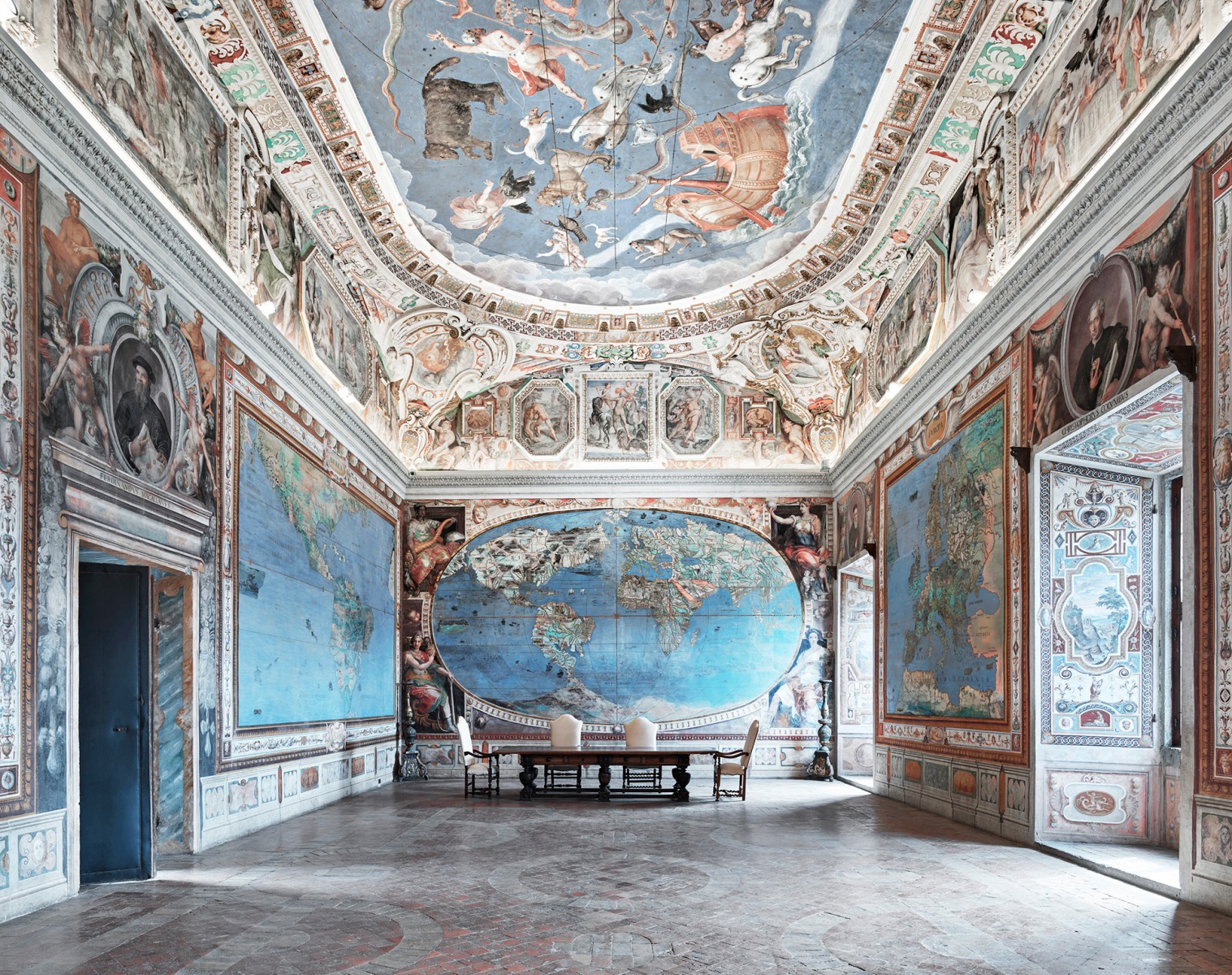 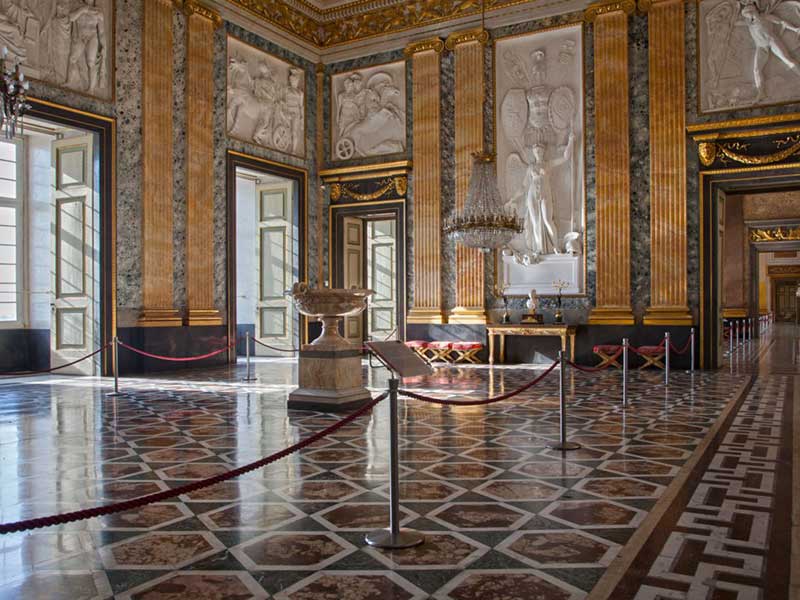 Take this opportunity, with a single tour you will be able to visit two of the best known sites in the world, the so-called “Versailles of Italy “ and the city of Naples. We will pick you up in your location and with a short drive we will take you to discover the famous sites of Caserta and Naples.

Royal Palace of Caserta
The Royal Palace of Caserta was commissioned by the King of Naples Charles of Bourbon, who, taken from a “competition” with the French royals and eager to donate to Naples structures such as to play a role as a capital city of European level, decided to inaugurate a palace that could rival in magnificence and grandeur that of Versailles. The choice of the place where the new administrative capital of the Kingdom would be born fell on the plain of Terra di Lavoro, on the site dominated by the sixteenth-century Palazzo degli Acquaviva.
The project for the impressive construction, destined to rival the other European royal residences, was entrusted, after various events, to the architect Luigi Vanvitelli (1700-1773), son of the most important painter of views, Gaspar Van Wittel, already active in Rome under Benedict XIV in the restoration of the dome of St. Peter.
Construction of the Palace began with the laying of the first stone on January 20, 1752 and proceeded until 1759, when Charles of Bourbon, once the King of Spain died, left the Kingdom of Naples to reach Madrid. After Charles’s departure, construction work on the New Palace, as the Palace was then called, slowed down considerably, so that by the death of Luigi Vanvitelli in 1773, they were still far from complete. Carlo Vanvitelli, son of Luigi and later other architects, who had trained at the Vanvitelli school, completed this grandiose royal residence in the following century.
The palace, called the last great realization of the Italian Baroque, was finished in 1845 (although it was already inhabited in 1780), resulting in a grandiose complex of 1 200 rooms and 1 742 windows, for a total expense of 8 711 000 ducats. On the southern side, the palace is 249 meters long, 37.83 meters high, decorated with twelve columns.