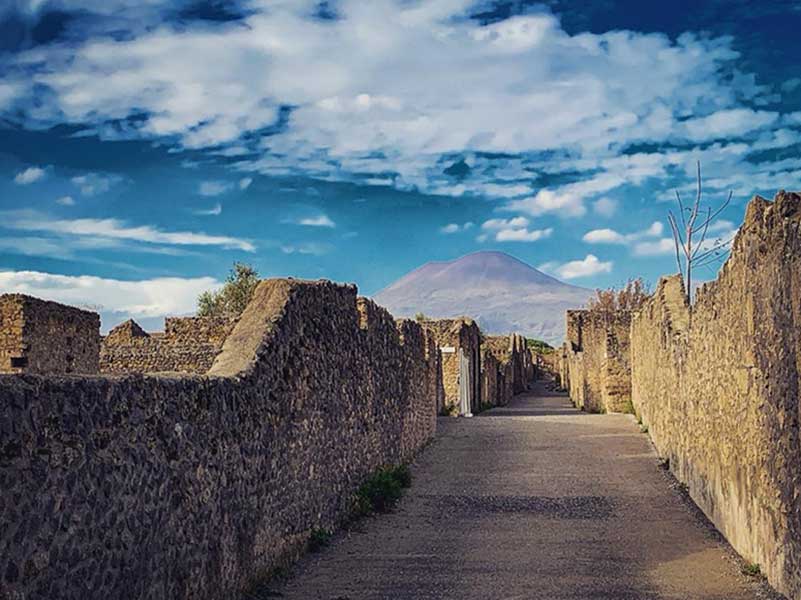 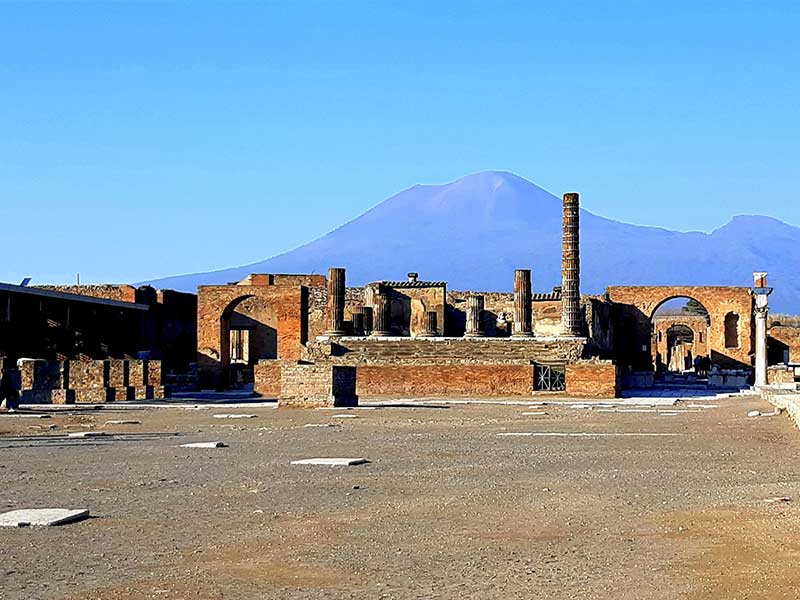 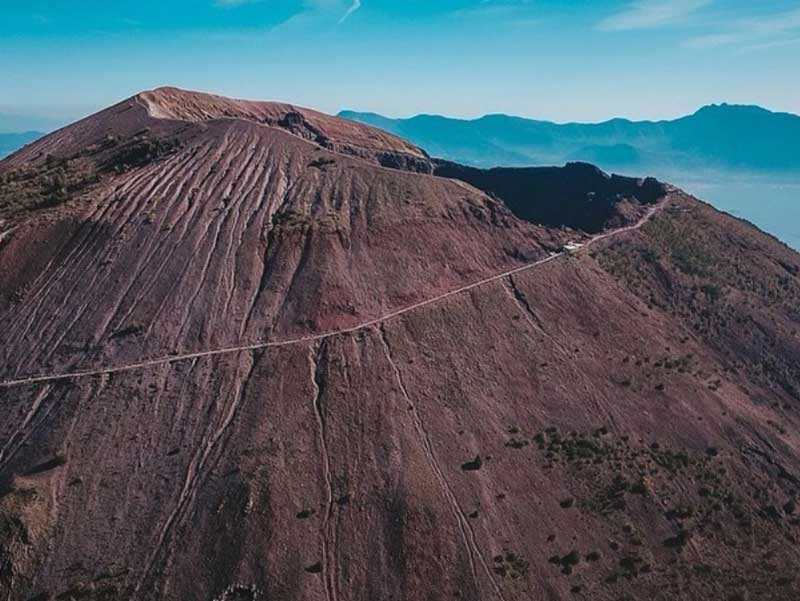 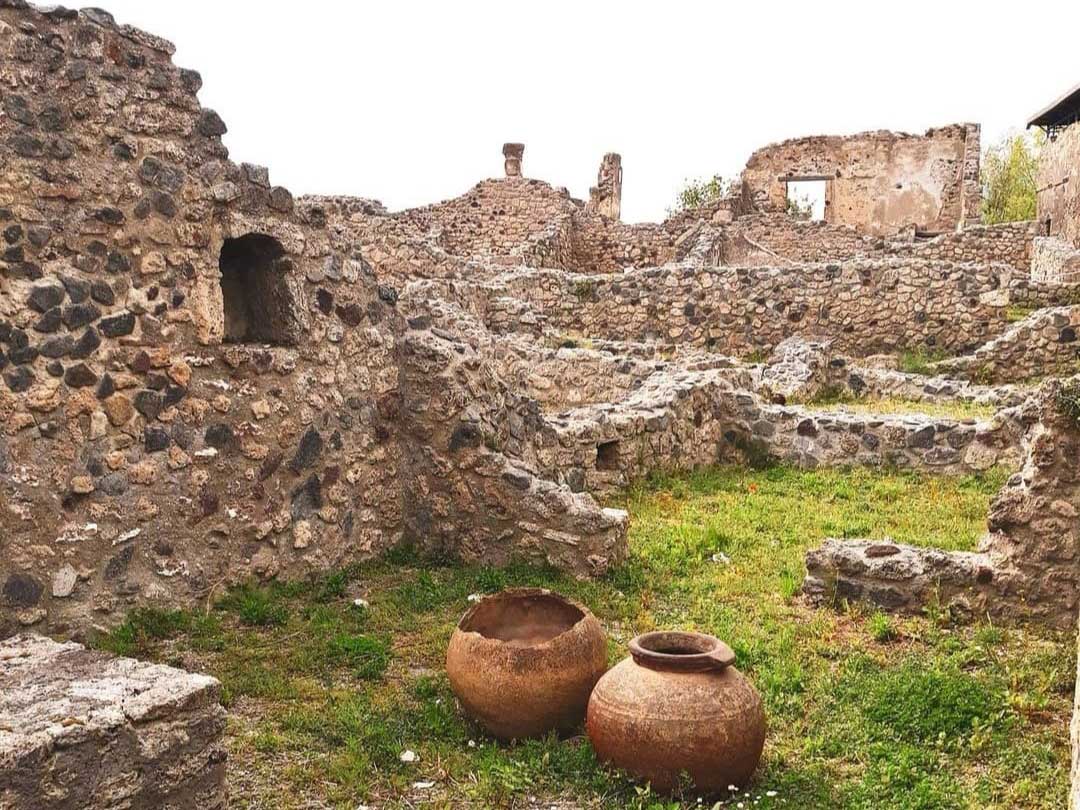 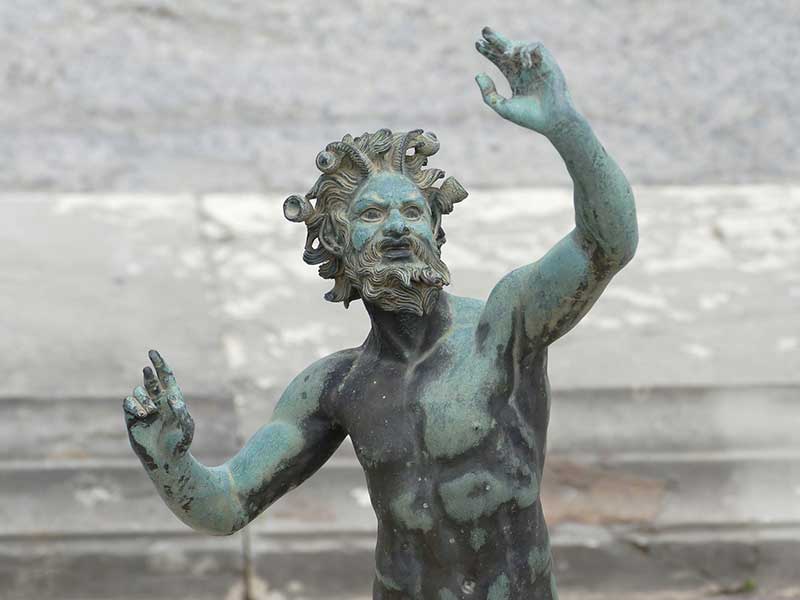 The ancient city of Pompeii is one of the most famous tourist attractions in Italy and all over the world, destroyed by the explosion of Vesuvius in 79 A.D., today preserve all its ancient charm. Through this tour you can visit the sites, the wonderful ancient city and the fascinating volcano that caused chaos on it.

Pompei
Pompeii is located in the Gulf of Naples, on the slopes of Vesuvius. It is a city of ancient origin: it was born as an Osco settlement, it was then inhabited by Samnites and later, from the first century A.D., conquered by the Roman.
Today it is known as the city that hosts one of the most important archaeological sites in the world.
The archaeological excavations, which began during the eighteenth century, have progressively brought to light an urban center that played an important role in the times of the Roman Empire. It had about twenty thousand inhabitants, its streets were animated by artisan shops and traders and many of its citizens lived in luxurious villas, richly furnished and frescoed. Pompeii and the surrounding lands were also a popular holiday resort.
The Roman city was buried by lava following the eruption of Vesuvius in 79 A.D., in its time of maximum prosperity.
Lava and ash created a kind of cover that allowed the city to maintain itself over the centuries and to be protected from the weather, for this reason the city has remained intact until this day and can be visited.
Then, walk around the site, get lost to its homes and frescoes, and you’ll discover the genuine spirit of the past.

Munt Vesuvius
The story of Vesuvius tells of a volcano that has been active for thousands of years, one of the most feared and studied in the world. Currently the “Gran Cono”, the summit of Vesuvius, is 1281 meters high for a crater of about 1500 meters in circumference. The last eruption occurred in 1944, but the most famous was that of 79 A.D, which buried the cities of Pompeii and Herculaneum.  This eruption was foretold by some earthquakes and was very strong: the ashes that came violently out of the volcano, precipitated and covered the cities located nearby, burying and suffocating its inhabitants. According to written sources, there were two eruptions, the second most violent.
Testimonies tell that, after the first eruption, there was an infiltration of water into the magma chamber which, instantly turning into steam due to the high temperature, caused enormous pressure, triggering a violent second explosion. It seems that it was the latter who completely buried Herculaneum through a layer of ash even 20 meters high in some places. It is also thought that the particular shape of the top of this volcano is due to this explosion: in fact, due to the violence, the top of the cone has split and a huge depression has formed, within which another mountain that is the current summit of Vesuvius has been rebuilt, as a result of subsequent eruptions. You can go to the top of the crater to hear today’s silence, imagining the chaos produced at the time by the ash and rock cloud that, during the eruption, overthrew all the surrounding areas.